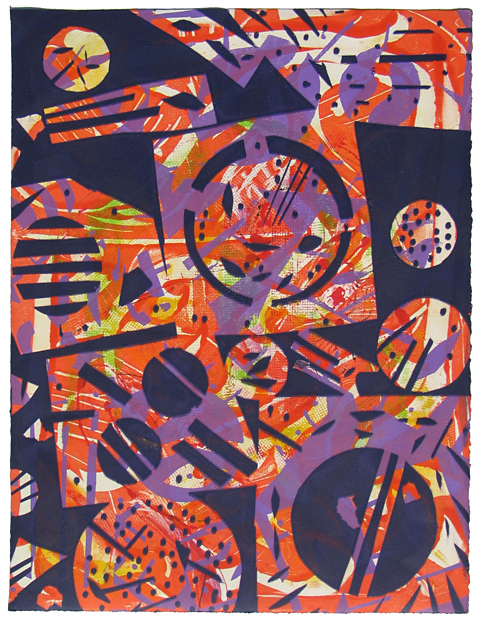 Mhiachnoiti returned to Press Works this week for his third and final residency visit.  Mhiach and Todd have been working on a series of monotypes involving abstract figurative imagery mixed with geometric stencil shapes and additive and subtractive gestures. On his third visit Mhiach brought an assortment of found cardboard, paper, and rope along with a box of spray paints. Wanting to embark from his figurative work Todd suggested they work with geometric stencil shapes and the found material Mhiach had brought.  Without getting into too much written detail we will let the video Todd put together serve as a brief and incomplete although informative record.  Enjoy.

Mhiachnoiti applies his image making skills with stencils and spray paint onto paper.  Todd will then screenprint over Mhiach’s work with further screen paper stencils.