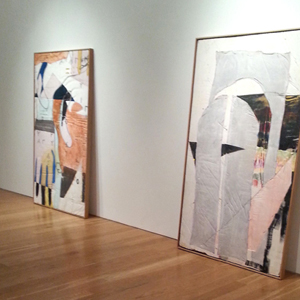 Erin Morrison is exhibiting a series of large scale plaster quilt casts at Samuel Freeman Gallery in Los Angeles through March. On display is also a large print that Todd helped Erin to print at her studio in December 2014. Erin and Todd hope to create a complete series of large monotypes, 4’x6′ sometime this year at Press Works. A steamroller will be in order since Todd’s back and knees are not up to the task of hand printing something that large.